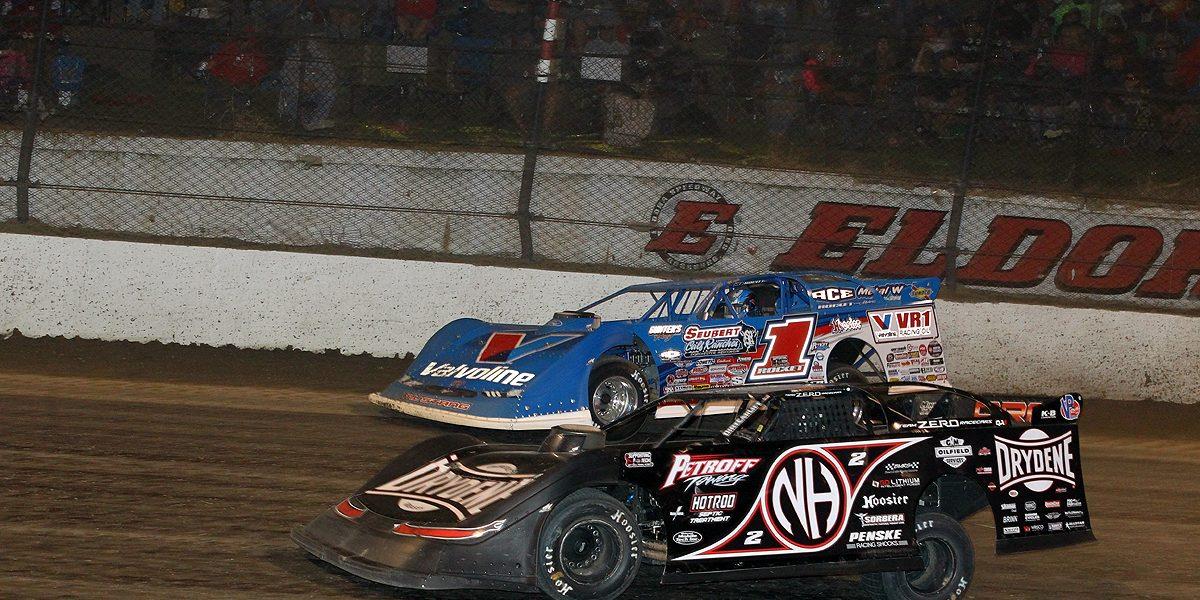 Nick Hoffman entered preliminary night for the 51st annual World 100 on Wednesday evening Tony Stewart’s Eldora Speedway. Eighty drivers entered the event at the famed, 1/2-mile oval as the field was divided into a pair of $10,000-to-win programs.

Nick qualified fifth-fastest in his group before winning his 10-lap heat race from the pole position, which earned him the pole position for the feature. The 25-lap prelim saw Hoffman race in a podium position throughout before crossing the finish line in second behind Johnny Scott with Brandon Sheppard, Bobby Pierce, and Jonathan Davenport completing the Top-5 finishers.

Wednesday night’s performance positioned Nick fourth on the starting grid for a Thursday night heat race, but he would battle the handle to a sixth-place finish which relegated him to a B-Main. Despite starting eighth in the B-Main he rallied to a a third-place finish, which earned him the 26th-starting spot for the feature.

The weekend continued on Friday night with preliminary action for the 50th annual World 100 taking center stage. Nick qualified eighth fastest in his group, and he followed up his qualifying performance with a heat race win from the third-starting spot. Hoffman’s heat race win earned him the seventh-starting spot for the night’s $10,000-to-win feature. He went on to advance to a fourth-place finish behind Gregg Satterlee, Bobby Pierce, and Brandon Sheppard.

Hoffman was third highest in points following Friday night’s action, which positioned him fourth on the starting grid for a Saturday heat race. Running second halfway through the heat, Hoffman saw the engine expire under the hood of his No. 0NH. Despite losing his primary mount he received a provisional for the 100-lap feature via his point total from Friday. Nick started the feature in Gordy Gundaker’s car, but was an early retiree in the 28th position.