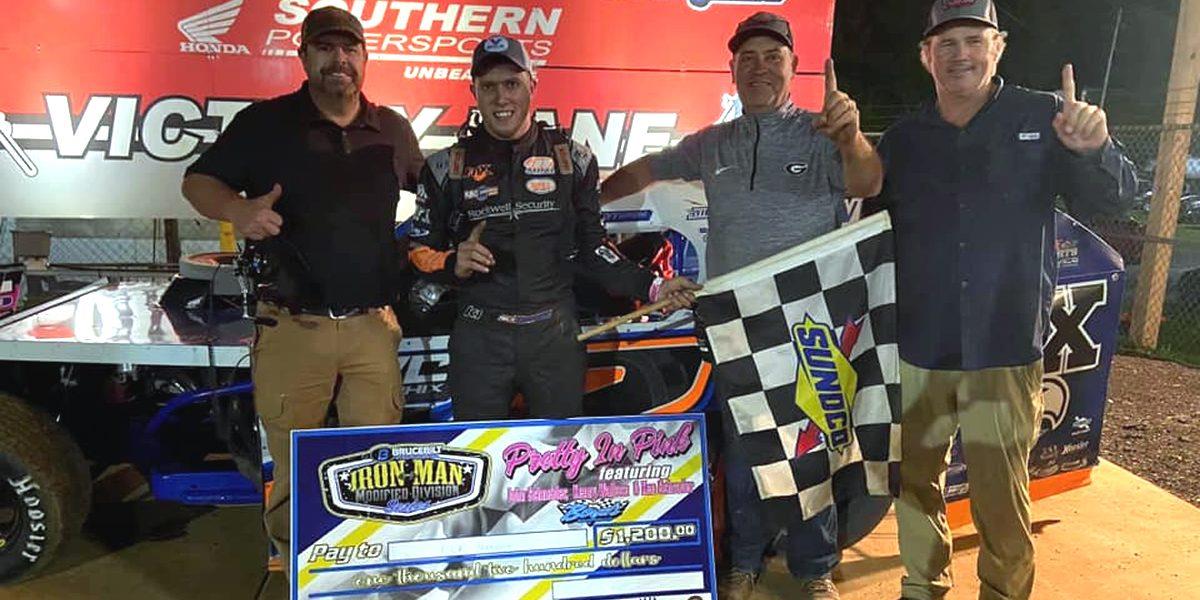 Nick Hoffman was back in the driver’s seat on Friday night with the opening round of the Pretty-N-Pink Modified event at Boyd’s Speedway (Ringgold, Ga.). Hoffman paced the 32-car Valvoline Iron-Man Modified Series field in qualifying with a 15.341-second lap. Earning the pole position for the feature, Nick led all 20 laps to claim the $1,200 victory as his 2021-win total increased to 35.

He was followed across the finish line by Cole Falloway, Ricky Arms, MIchael Asberry, and Blake Brown.

Hoffman was back in action at the 1/4-mile oval on Saturday night with a $3,000 top prize on the line for the Pretty-N-Pink finale. For the second-straight night Nick swept the program.

He set fast time in qualifications over the 28-car field with a 15.275-second lap. He then won his heat race to earn the pole position for the feature. The 30-lap finale found Hoffman driving away from the field to win by 3.169 seconds for his third-career Valvoline Iron-Man Series victory and his 36th overall win of the 2021 campaign.