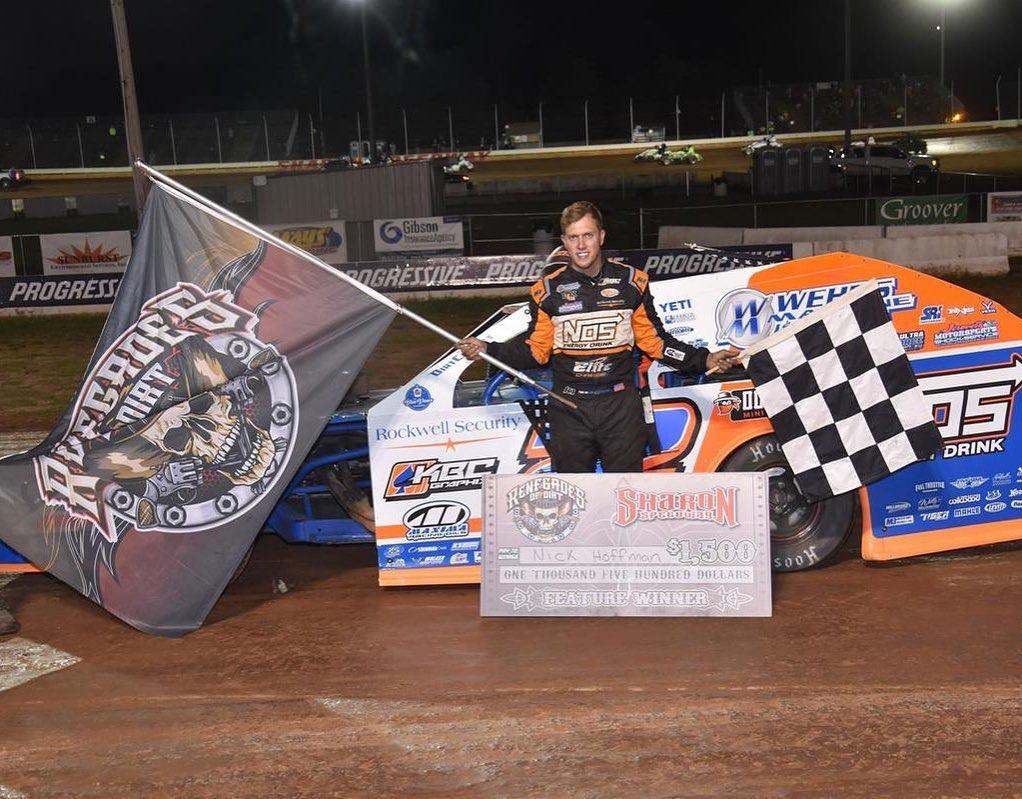 Hoffman Has Busy Weekend in Pennsylvania and Ohio

A second-place finish in his heat race, placed Nick seventh on the starting grid for the 25-lap feature at the 1/2-mile oval.

The late stages of the night's feature found Hoffman moving into battle Ethan Dotson for the lead. Entering turn three on the final lap Nick edged into the lead with Dotson battling back to his outside. The duo drag raced off turn four before making contact, which resulted in a flat right-front tire on Hoffman No. 2.

The duo crashed across the finish line with Nick finish second to Dotson with Michael Altobelli Jr., Drake Troutman, and David Stremme rounding out the Top 5.

On Saturday the team invaded Sharon Speedway (Hartford, Ohio), where Hoffman notched his 23rd win of the year in the Renegades of Dirt Modified event. He swept the night's program by setting fast time in qualifications with a 17.924-second lap. He then backed it up with a dash win from the fourth-starting spot.

Starting on the pole for the feature Hoffman wired the feature field for the victory, which came over Nate Young, Joe Gabrielson, Ty Rhoades, and Mike McGee.

Full results from the weekend are available at www.PortRoyalSpeedway.com and www.SharonSpeedway.com.