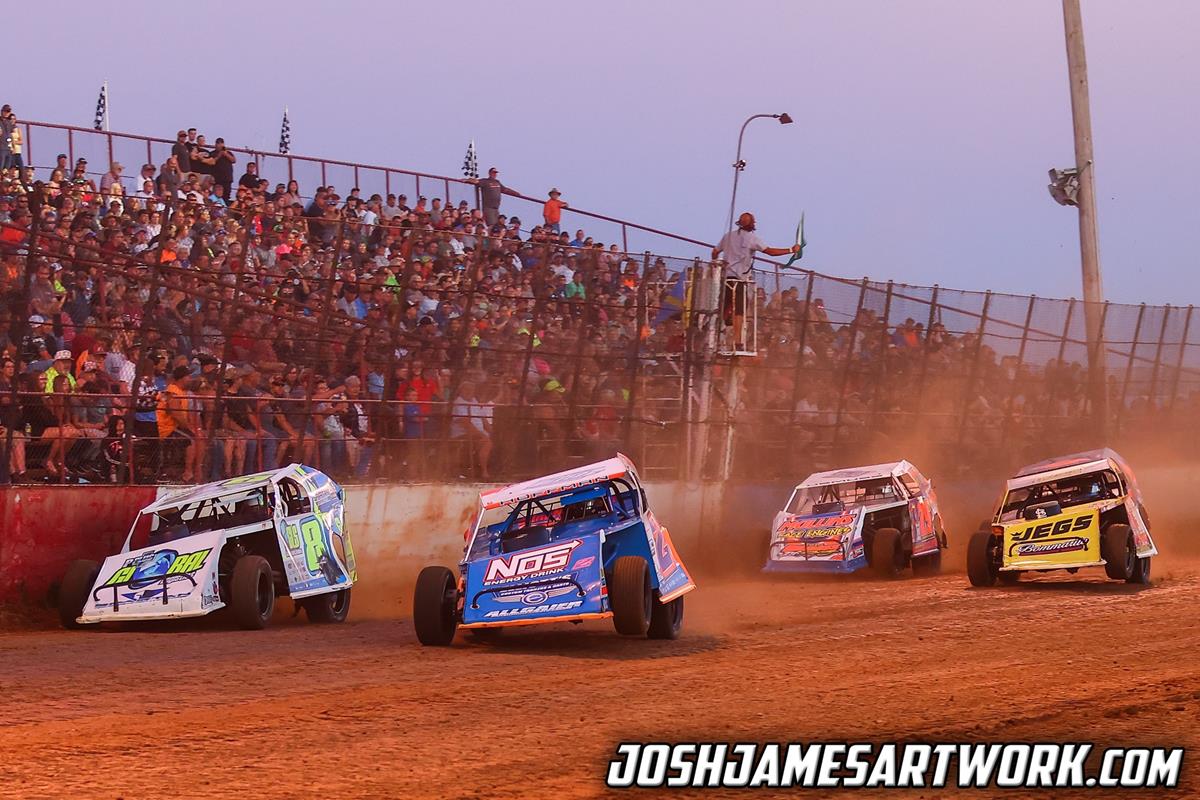 Twenty-five DIRTcar Modifieds entered the program, and Nick set fast time in his group before winning his heat race to earn the third-starting spot for the 20-lap feature.

Nick charged to the lead on the second circuit and then cruised to his eighth Summit Equipment Modified Nationals victory of the season and his 13th win overall on the year.

After a night off on Wednesday Hoffman returned to the driver's seat on Thursday night at Fayette County Speedway (Brownstown, Ill.), where he raced to his 14th win of the year.

Nick earned the pole position for the feature after winning his heat race with perennial powerhouse Mike Harrison alongside. Hoffman grabbed the lead at the drop of the green flag and used the low line to keep Harrison at bay for all 25 laps to score his 66th career Summit Modified Nationals victory.

The duo was followed across the finish line by Kelly Kovski, Kyle Steffens, and Zeb Moake.

Friday night brought the team to Ohio for the $1,500-to-win Renegades of Dirt Modified event at Moler Raceway Park. Seventeen drivers were on hand for the program, and Nick earned the second-starting spot for the feature via preliminary action.

Hoffman out dueled pole sitter Tyler Nicely on the first lap, and never looked back on his way to the 25-lap victory. Nicely, Victor Lee, Adam Stricker, and Cole Falloway completed the Top-5 finishers.

On Saturday night Hoffman entered the Merrill Downey Memorial at Lawrenceburg (Ind.) Speedway. Nick set fast time in his group and then won his heat race from the fourth-starting spot to move onto the dash, where he advanced from fifth to third.

Starting third in the feature, he charged to the lead on the sixth circuit and went on to claim the $5,444 winner's check.

After trekking five hours overnight to Lincoln (Ill.) Speedway, Nick resumed action with the Summit Racing Equipment Summer Nationals. He a heat race altercation left Hoffman starting 20th on the feature grid, but that didn't slow him down. He charged to the lead on the 18th circuit on his way to his 67th-career series win and his 17th win of the year.

Full results from the week are available at www.DIRTcarSummerNationals.com and www.MRPRacewayPark.com. 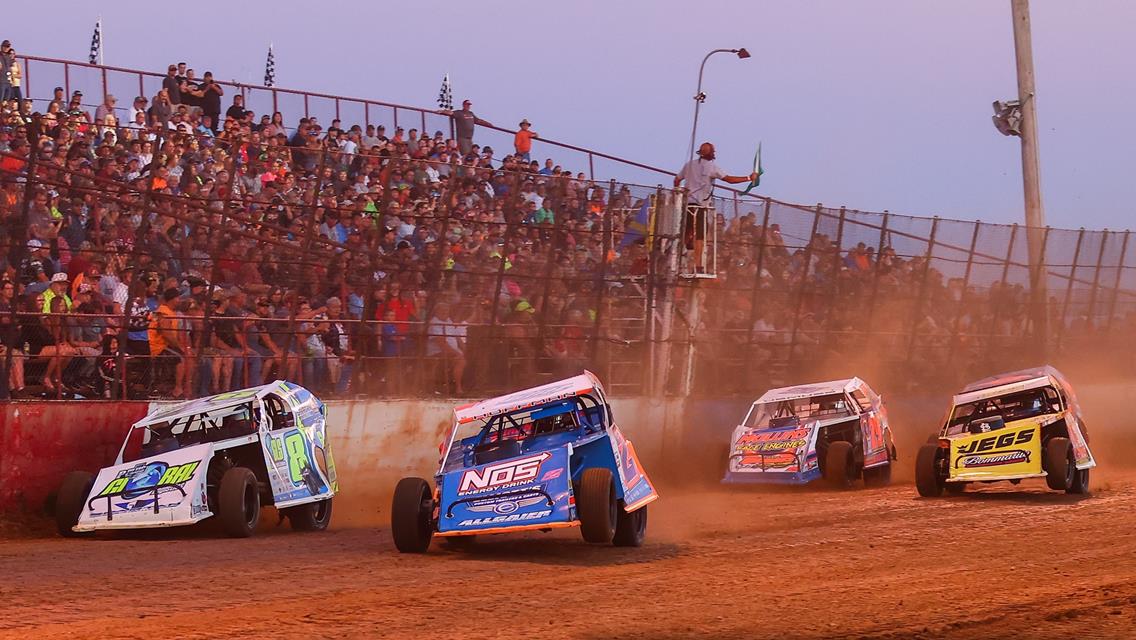 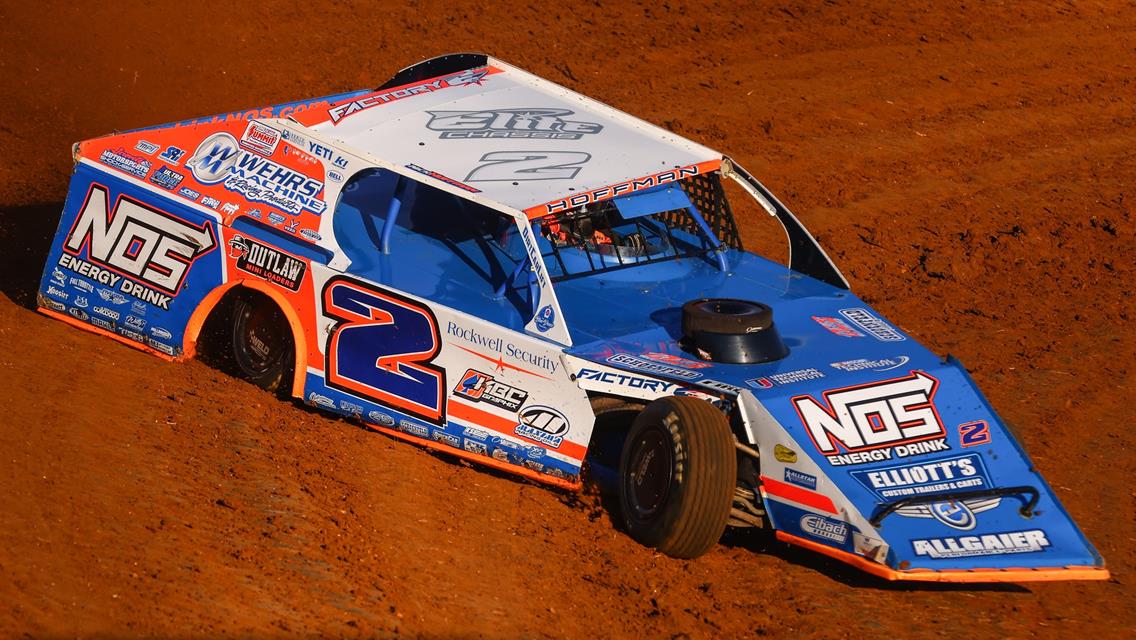 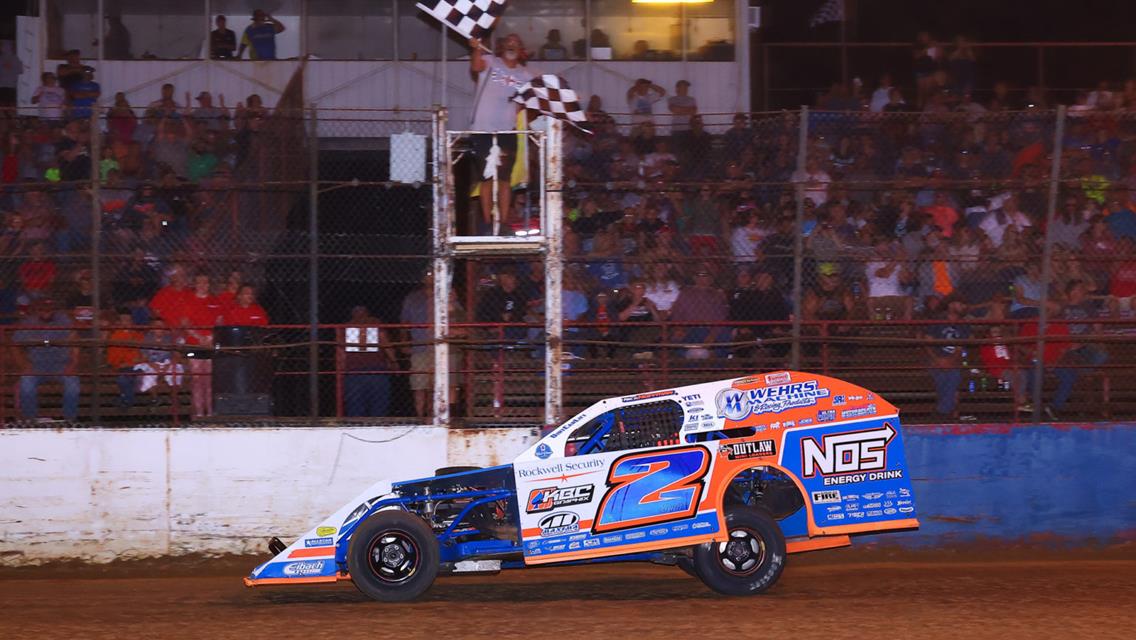 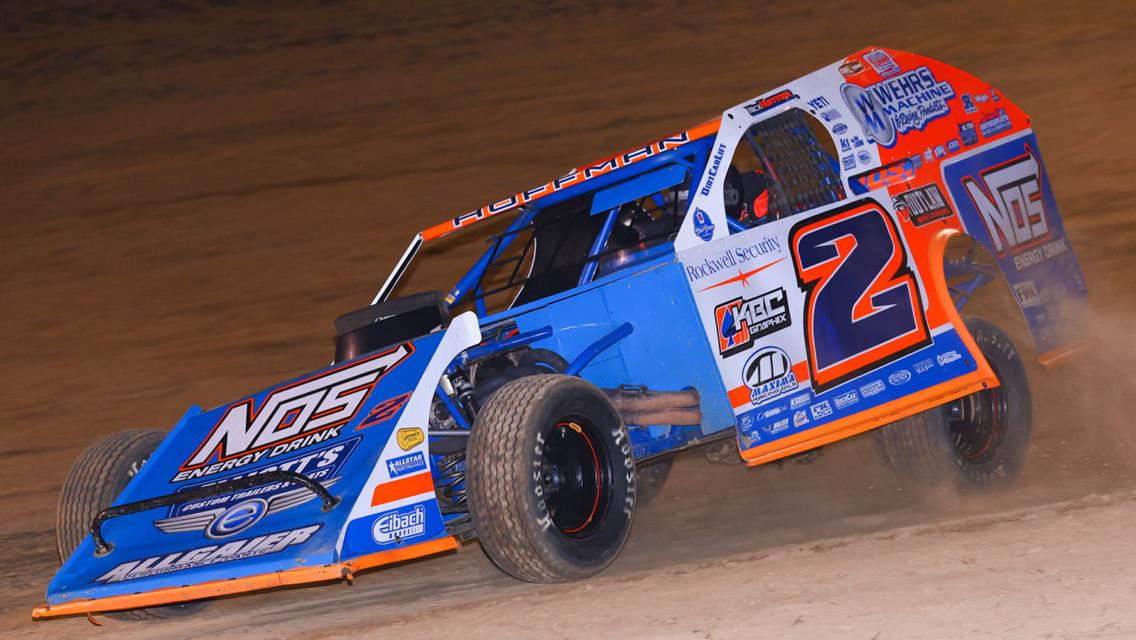 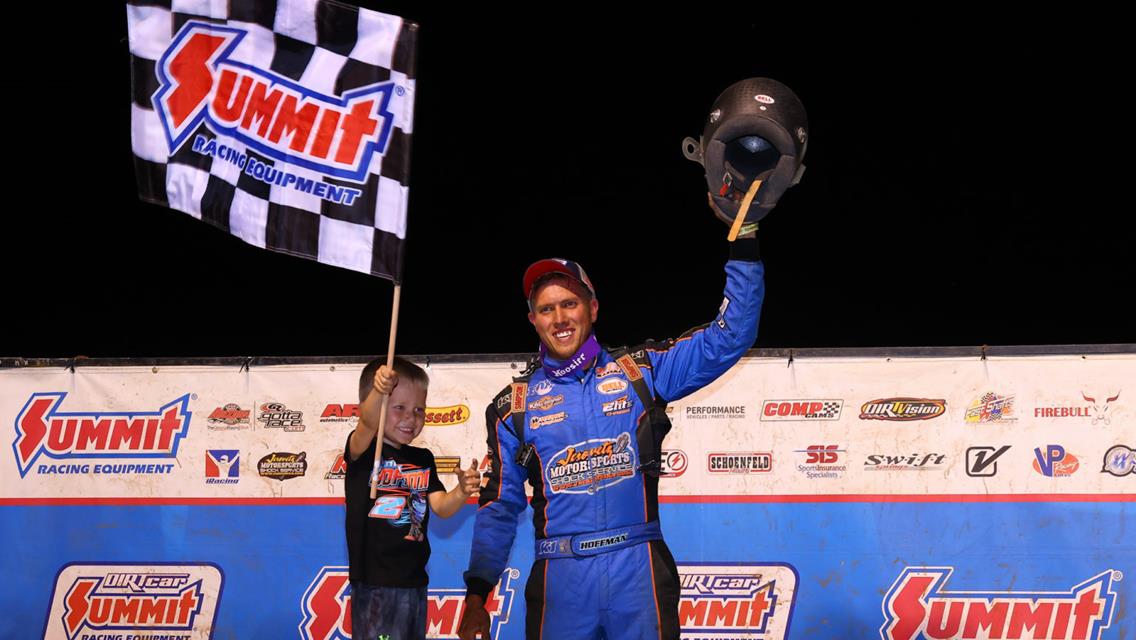 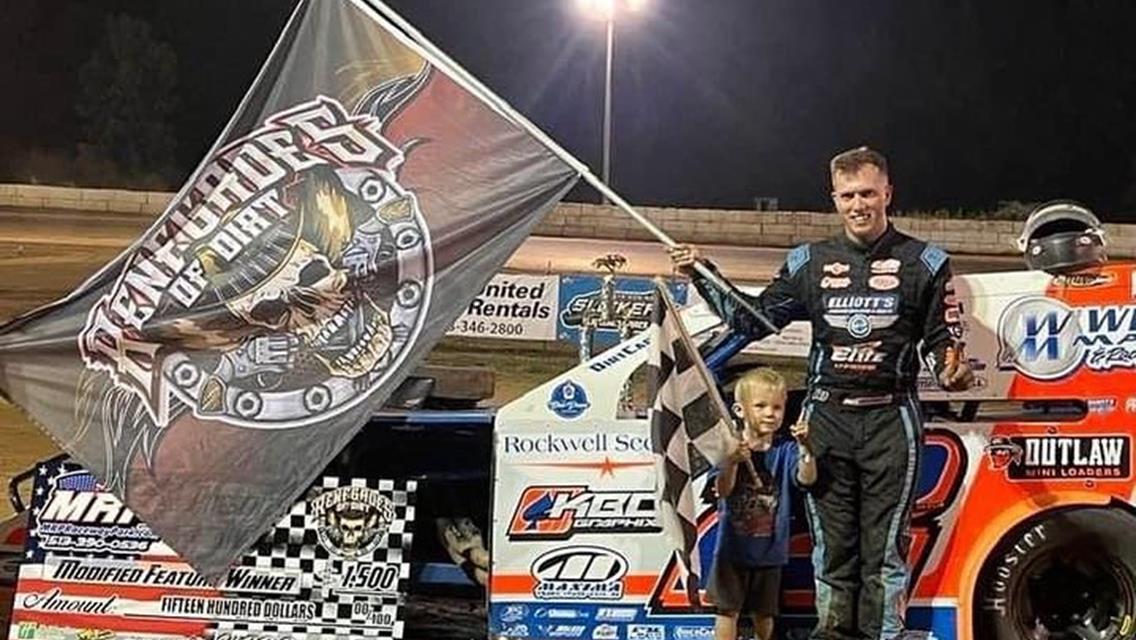 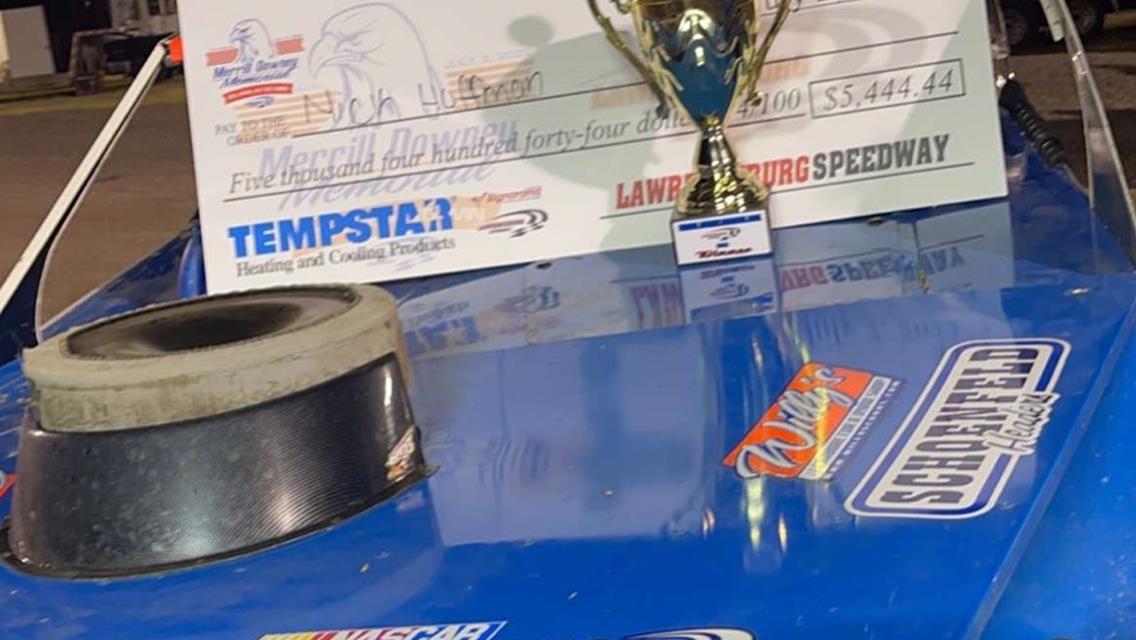 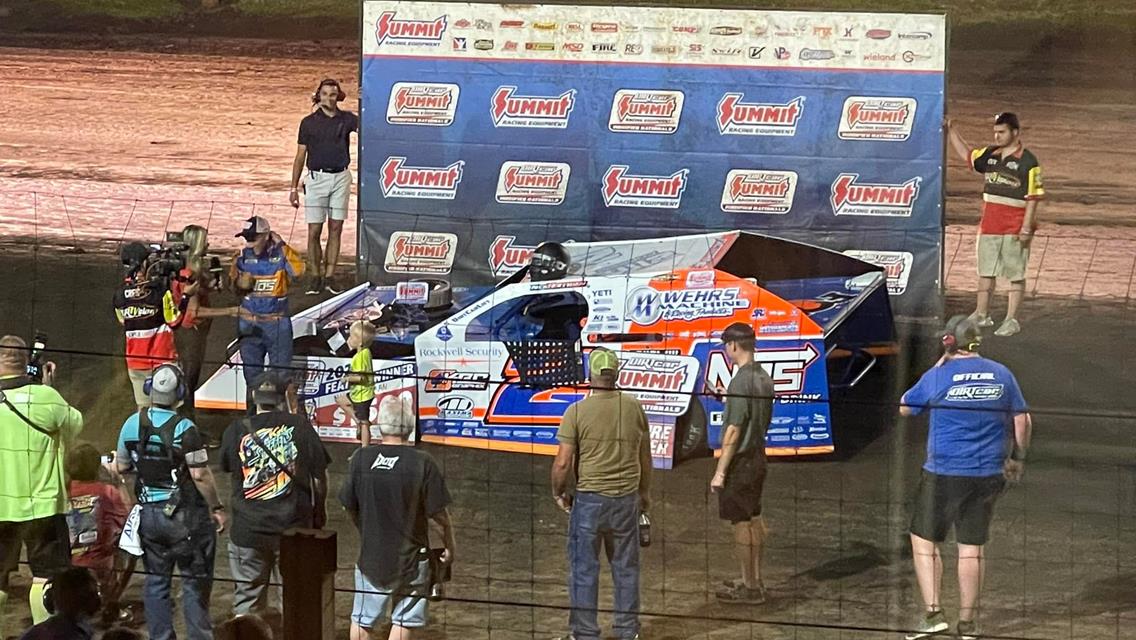